In case you missed it, the grand opening of Hell’s Kitchen in Funner, CA was, well, on fire! As the largest Hell’s Kitchen to open in the world, and the first in California, the success of Harrah’s Resort SoCal’s newest dining experience is thanks in part to the dedication and guidance of Chef Christina Wilson and Chef Michelle Tribble.

You may recognize them, both were winners on Chef Gordon Ramsay’s hit reality television series, “Hell’s Kitchen!” Chef Christina took the title in season 10 and Chef Michelle won season 17. With the grand opening looming, both arrived in Funner, CA to work closely with our team to instill the culture and perfection that Chef Ramsay expects from his kitchens.

Both Chef Christina and Chef Michelle were thrilled to be in Funner to connect with the Harrah’s Resort SoCal team and launch the fourth location of Hell’s Kitchen. “I’m so happy I could be here and be part of this opportunity with all of you,” said Chef Michelle to the crowd at the grand opening ribbon cutting ceremony. The CEO of Gordon Ramsay North America, Norman Abdallah, agreed, stating he was “very excited about the partnership” between Hell’s Kitchen, Harrah’s Resort SoCal and the Rincon Tribe.

Both chefs were instrumental in getting the team prepped and ready to welcome guests, working in the kitchen, with the wait staff and the entire host team. Chef Christina was hands on, working closely with our team of chefs to ensure every dish was prepared at the highest quality and with the care Hell’s Kitchen recipes require. Meanwhile Chef Michelle was able to create an amazing floor plan while training the host team to ensure guests feel welcome from their first interaction within Hell’s Kitchen.

Although Chef Christina and Chef Michelle won’t be permanent fixtures in Funner, CA, they will be back frequently to check in on the team. Hell’s Kitchen is known for its high standards of food and service, and it is important to them as well as Chef Ramsey to continue to maintain those standards consistently.

Are you ready to have Funner in hell? Book your reservation today! 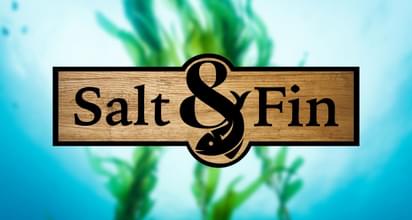 Our New Restaurant is off the hook! Something Wicked This Way Comes