The Making Of A Millionaire

Let’s face it, making millionaires is kind of our thing. We love giving away millions so much that we plan our biggest celebration of the year around it. What better way to give away $1 Million in cash than by traveling “Down The Rabbit Hole” on a whimsical journey with Alice to Wonderland? Answer: There is no better way!

From shuffling cards and dancing hedge figures to stunning and time-warping decorations, Harrah’s Resort SoCal guests were immersed in the enchanted world of wonderland from the moment they walked through the front door on December 31, 2016. “It’s a theme we’ve been wanting to do for a long time, but were waiting for all of the pieces to come together,” says Casino Marketing Director Heather Jurgensen. Judging from all of the smiles around the property, we’d say everything came together perfectly.

Our night in wonderland saw exquisite hat-making, photo booth antics and dancing…so much fantastic dancing! Our Total Rewards VIP dinner guests indulged in delectable eats while others gamed and gathered drawing entries before the activation deadline. We played, partied and eyed the clock as the big drawing drew closer.

The Mad Hatter was nice enough to say hi!

And the Caterpillar seemed perfectly content showing us her best moves!

As the 11pm drawing approached, the entire resort began to gather in the Hotel Lobby. Attention drew to the stage as the book containing the winner’s name was carefully carried up the stairs. Celebration erupted throughout the property as Spencer B.’s name was announced. As confetti rained down and the big check was awarded, the cheers and celebrations soon transitioned into a parade throughout the casino!

But we don’t want to announce just one winner, try six winners. Leading up to the 11pm $50k drawing, one lucky winner will be awarded $5,000 in free play with another five winners receiving $1,000 in free play each. And don’t forget about our June $1 Million giveaway where we give 10 winners $100k each!

Want a chance at going home a few dollars richer? It might be time to join our free Total Rewards program.

And now the million dollar question, what motivates Harrah’s Resort SoCal to continue the Year Of The Millionaire year after year? Simple. Our guests. The joy on their faces when their names are called is more than worth it. Transforming the property with new creative themes brings us overwhelming joy. We love creating million-dollar smiles every year. So be sure to eat, stay, play and have a FUNNER time with us because we might just make you a millionaire in 2017! Earn for Next Year

Jump start that tier for the new year!
Read More 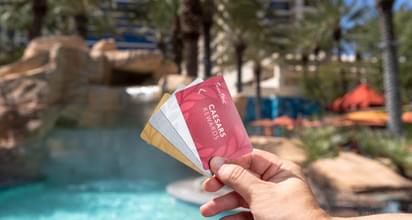 Sign up for a Caesars Rewards card and win Funner prizes!
Read More 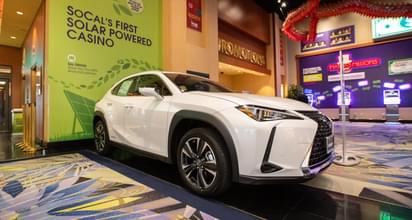 Live life in the Luxury Lane
Read More
Put your fun to work!