So you think you’ve seen it all have you? Let’s see. David Hasselhoff attending a mayoral inauguration at a world-class vacation resort. Feasible? Totally. But what about David Hasselhoff BECOMING mayor at a world-class vacation resort? Now we’re getting somewhere. May 18th marked the inauguration ceremony for Funner, California’s first mayor and it happened at SoCal’s #1 fun destination, Harrah’s Resort SoCal.

“But Funner isn’t a word!” Thank you very much for the grammar lesson. You’re right, it isn’t a word… But it IS a place and an amazing place at that. The 30 acres of land on which Harrah’s Resort SoCal sits has officially become Funner, CA. Still not following? Or is that disbelief we’re sensing? No problem, we’ll break it down for you.

With the Rincon reservation being a sovereign nation, the Tribal Council is allowed to name its land however they see fit. In this case, Funner . The new city was renamed Funner to reflect our resort’s mission to deliver unique experiences that evoke good times and laughing out loud.

We’re serious, have a look at the resolution below. Written into stone-cold law!

“But what about Valley Center?” you might ask. Don’t worry, Valley Center is still very much Valley Center with its name intact. Funner lives happily within it. It’s the land that Harrah’s Resort SoCal sits on that has been officially changed to Funner, CA by the Rincon Band of Luiseno Indians. And when we say “official” we mean “OFFICIAL”. Just give Funner a quick look on Google Maps. Now when you visit Harrah’s Resort SoCal you’re visiting it in Funner, California! Capisce? Good.

Now that we reside in a city called Funner, what else do we need? A mayor right? Of course. Every town needs a mayor. It just so happens that our mayor carries way more clout than yours! With a raise of his hand while taking the Oath of Funner, David Hasselhoff has become the one and only mayor of Funner, CA.

“I am going to make Harrah’s a Funner place for all. No one will be left behind!” 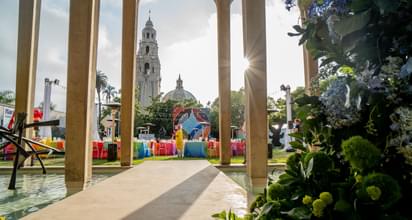 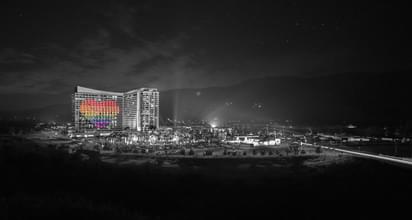 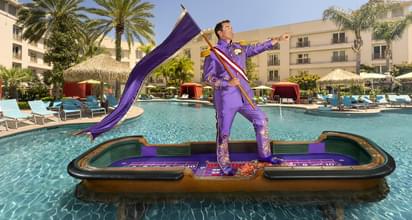